The strong kinship between rubies and emeralds

The ravishing Burmese Ruby or the glorious Colombian Emerald, which one will it be? Read on to make your choice.

"These gems have life in them: their colors speak, say what words fail of." - George Eliot

The eternal enchantment of the Burmese Ruby

The Burmese Ruby is a prized possession that scatters brilliant light into the darkest of places. It is hence no surprise that this alluring stone has been every poet's muse since time immemorial. Not just a stone hooked on your cultured pearl string, the Burmese Ruby demands higher prices per carat than any other gemstone, except for colored diamonds. Traced in Burma in the 13th century, today Burmese rubies are rare enough to create a rush in auction rooms! This 16 Carat Burmese Ruby set in a ring spells a classic air of sophistication and yet subtly suggests the onset of a celebration. 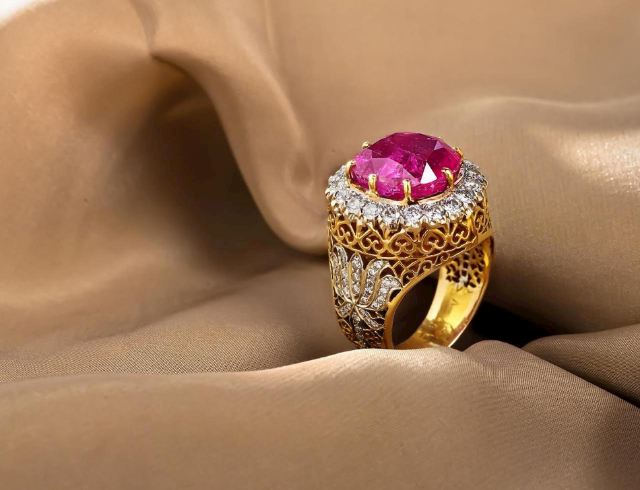 This one faceted gemstone set in a ring weighs 22.1 g in total and lights up with luminous pinkish-red color. The pigeon-blood stone alone weighs an impressive 16 Carats. It also has a high degree of transparency, which is said to be rare in rubies. This cushion-shaped Ruby boasts a modified brilliant-cut and has 13.9 * 14.5 * 8.3 mm as its dimensions.

The evergreen glamour of the Colombian Emerald

The Ancient Roman nobleman Pliny the Elder supposedly claimed there is ‘no gem in existence more intense than this’. [1]

The Colombian Emerald shimmers like a star in the night sky. This evening stone induces an aura of serene magic and mystery. Dipped in magical shades of green, the Columbian Emerald reminds one of the glorious forests and eternal springtime. An object of captivation since antiquity, what typifies the Colombian Emerald is its striking color and distinct saturation. Here too, the per-carat cost of fine quality emerald gradually increases with size. This 18 Carat Colombian Emerald set in a diamond-studded ring promises to be the life of any party. 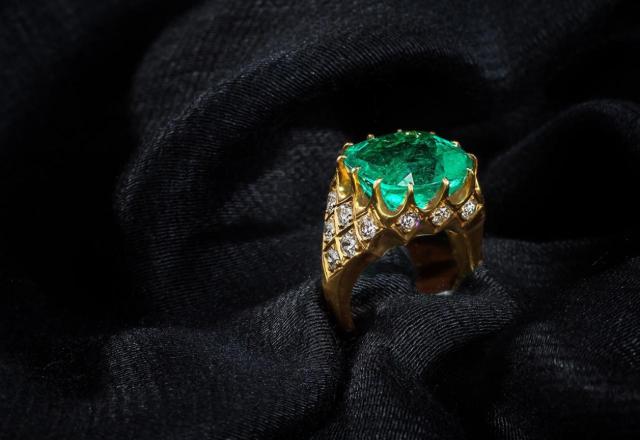 This one faceted gemstone set in a ring weighs 20.5 g in total and glimmers in hues of dark green. The mystical stone alone weighs an impressive 18 Carats. It also has a high degree of transparency and is known by the species name Natural Beryl. This cushion-shaped Emerald boasts a modified brilliant-cut and has 16.5 x 15.6 x 10.6 mm as its dimensions.