Kolte’s works have often been described as abstract, rejecting the visible image in favor of splashes of color, brushstroke, and the image that refuses the name of an actual image.

Kolte has often been called the Indian Paul Klee. Similar to Klee, Kolte also has been seen to use the same technique of weathering his stronger colors and adding white pigment to age the work. He first used this technique with a single, dominant color in the background with lighter colored and geometric yet organic figures placed on it. He further added splashes of color on top of his work claiming the need to cover up any identifiable image. 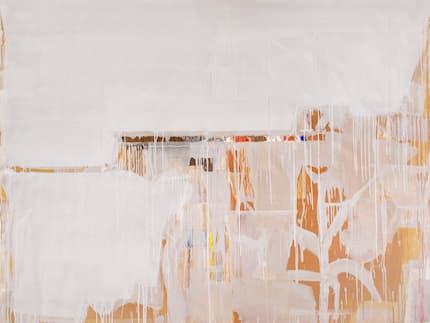 His later works show a more refined approach where the presence of a strong color remains as the focal point along with more fields of color and reduced weathering in comparison to his earlier works. Kolte’s work rejects the idea of a subject and he believes that abstraction can not be explained in simple terms. The colors juxtaposed together reflect an aesthetic vision that a single subject can not ever evoke.