NFT's or Non Fungible Token's are a new technology phenomenon allowing clear ownership and easy transferability of digital art which can be unique or in editions.

In understanding NFT, one needs to understand digital art and perhaps the progression of the mediums on which art is painted/executed. Since time immemorial - art has been painted on wooden panels, walls, paper, and from around the 16th century on canvas. In the 20th century, with the advent of the computer and photo editing tools, it became possible to design artworks purely on the computer and meant to be displayed on a TV screen or monitor-like devices. Photography is certainly a part of this digital art phenomenon that started much earlier than the advent of computers.

Digital art existed long before the advent of NFTs.

The father of video art. He is described as one whose artistic expression is based upon electronic, sound, and image technology in new media. The author of this article remembers attending his seminar in 1997 at Berkeley, California - he was already an icon. During those days his art was disseminated using VHS tapes - an edition of ten meant ten tapes.

Below is an image from his recent exhibition in Florence - a juxtaposition of the old and the new! A traditional art work facing a digital art displayed on a large screen (the modern day canvas) 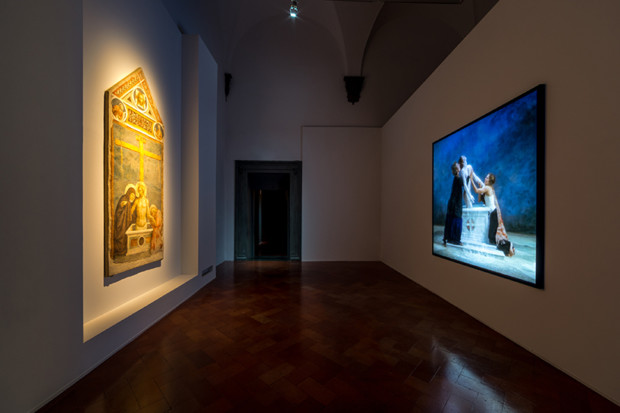 A wildly successful youtube based video made in 2011. Primitive, colourful, cheeky, cute - what's not to love! 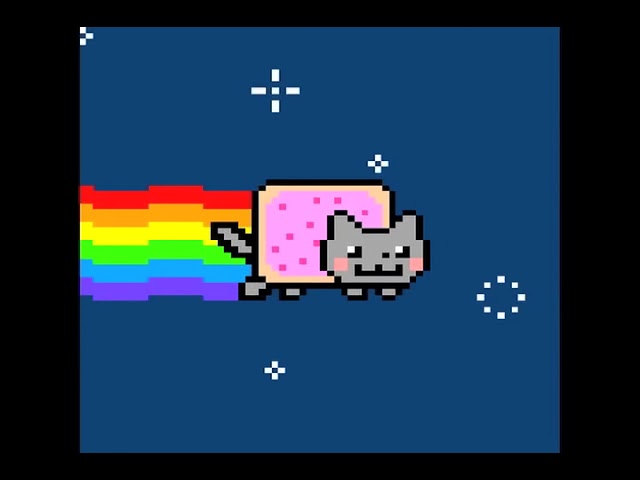 Digital art has its place in art history, but there were some issues restricting universal adoption, namely owners of physical art have physical custody of their art. It can be hung on the walls in one's private space or stored securely. Digital art on the other hand can be copied with high fidelity and shared - e.g. VHS tapes, JPEG or TIFF images, and so on. The issue of a high fidelity copy is an important one - as a photograph of an oil on canvas work will have differences between itself and the original even if reproduced again on a canvas. While various reproduction technologies have come close to perfection, they still lack the ability to add texture or natural aging effects.

How does one determine the ownership of digital art, transfer it easily, and differentiate between legitimate copies and unauthorized ones? This is where NFT's and Blockchains come in.

Blockchains are ledgers containing data such as balances in an account or a list of transfers. The Bitcoin ledger for example contains transactional data. These ledgers are maintained on various nodes globally and rely on a consensus mechanism for any updates. The distributed nature of the nodes, the number of such nodes, and the consensus mechanism ensure that data is secure and cannot be changed arbitrarily. Bitcoin has been a super success - it initially started as an alternative to fiat currency, but has transformed (from its dubious silkroad and dark web past) into a store of value like gold over the years.

While the Bitcoin blockchain is purely for peer-to-peer bitcoin transactions, each Ethereum node has a self-contained EVM. It is powerful, sandboxed, and Turing complete i.e. allows if-then-else, branching, get, set, and other features that can be programmed with a language called solidity built on top of this EVM. This allows the development of smart contracts - wherein the contract details are fully enumerated in code and saved in the Ethereum blockchain. These tokens are referred to as non-fungible (i.e. NFT's) as they refer to artworks and not currency.

The NFT includes the current owner, transfer procedures, details of the artwork - like a link to the digital image or a hashcode referring to an IPFS image.  A game-changer - the authorized digital art as defined in tokens facilitates clear ownership and easy peer-to-peer transfers.

Cryptopunks was one of the first such NFTs minted on the Ethereum blockchain and given out for free in 2017 - the rest is history. It is to be noted that NFT's are not restricted to digital art, almost anything on new media can be tokenized. 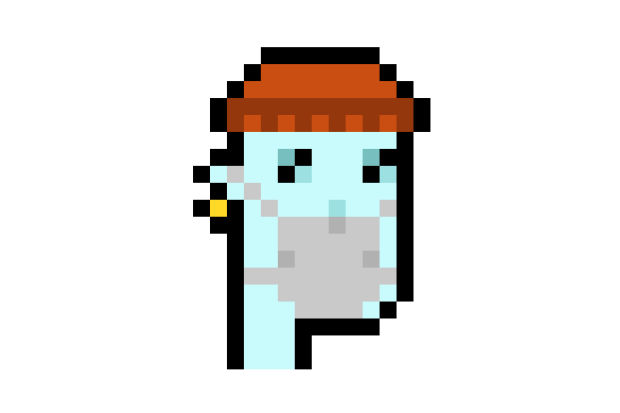 [1] What Is Blockchain? The ‘Transformative’ Technology Behind Bitcoin, Explained, Time.com