After his matriculation, Rathindranath was sent to Illinois to study Agricultural Science. He spent the next four decades of his life serving Santiniketan and Visva-Bharati. When Visva-Bharati became a Central University, he became its first Upacharya. 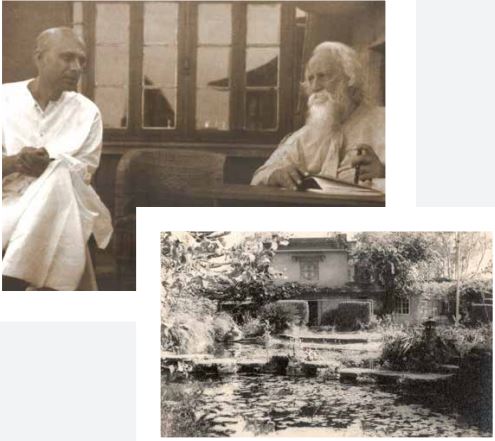 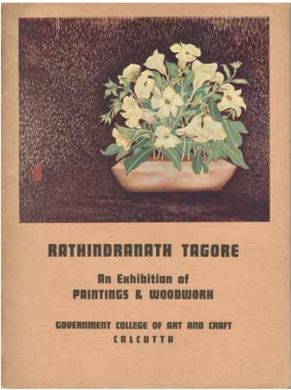 The flowers he paints in various media, in a technique his own where color is structural and the background of the picture pulsates with their vibrations. Rathindranath Tagore knows flowers by his love for them and by science. He is a biologist by training. He is also the architect of the garden in Santiniketan. To the luxuriant harmony he has brought plants from many parts of the earth and the undergrowth of the Indian jungle; he has made them all thrive together, each in the soil it required. He cares for them, knows, and paints them. With loving science, he draws the firm logic of their patterns and gives them space and ground on which they breathe their fragrance. 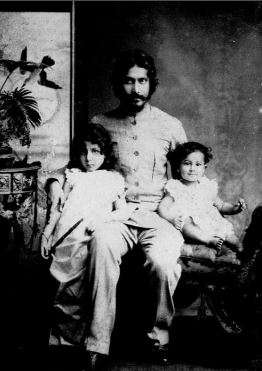 Rabindranath Tagore with his daughter Bela and son Rathindranath