For ten long years, ━ I drew and painted several studies on children. This culminated in one final painting, dubbed Commander-in-Chief, complemented by oil paintings and sketches of children in myriad moods and postures in pen and ink, and in pencil. It was common practice in the olden days for eminent painters in the West to sketch or paint studies on a single subject for 20-30 years. Many of these are now celebrated artworks. Such dedication is rare indeed in painters in this country.

In 1969, the Fine Art Mission arranged for a solo exhibition of mine; made possible through much cooperation from the residents of Begumpore and nearby villages. It was held on March 23rd, at the Calcutta Information Centre at 1, Lower Circular Road, and presided over by Subrata Kumar Dinda, a former teacher at Jonai High School. The renowned painter and sculptor, Deviprasad Roychowdhury, delivered the scintillating inaugural speech. Atul Chandra Bose, the acclaimed artist, and Rashbehari Dutta, art critics from the press, illustrious members of the Calcutta literati, and a cheering crowd of village folk were in attendance. 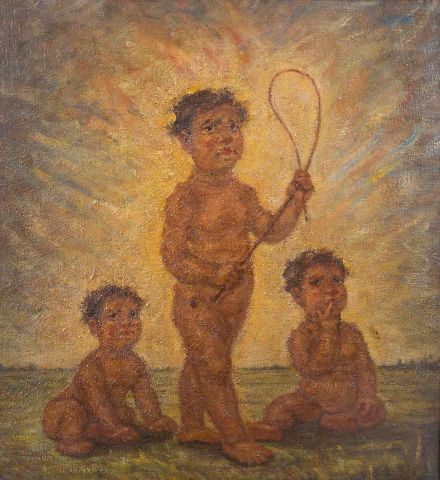 In 1961, the Indian Chemical Manufacturers Association decided to commission two portraits of their founding President Acharya Prafulla Chandra Roy on his birth centenary. One was to be housed at their Head Office in Calcutta, and the other at the Regional Office in Bombay. I was tasked with submitting the finished works by August 2, 1961, right in time for the centenary. This I accomplished and turned in the two paintings within the stipulated time. I attended the birth centenary of Acharya Prafulla Chandra Roy at the Association Hall as an invitee. The contemporary Chief Minister, the honourable Prafulla Chandra Sen, inaugurated the portrait at the ceremony.