Francis Newton Souza was born in 1924 in Saligao, Goa. He was expelled for participating in the Quit India Movement while studying at the Sir J J School of Art in Mumbai. In 1947, he founded the Progressive Artists' Group along with S H Raza, M F Husain and K H Ara, among others. Souza's style created thought-provoking and powerful images.

His repertoire of subjects covered still life, landscapes, nudes and icons of Christianity in a distorted form. In his drawings, he managed to capture fine details in his forms. He also used a combination of crosshatched strokes that made up the overall structure of his subject.

Although Souza had a complicated relationship with Catholicism, the visual culture of Catholicism had a heavy influence in his work. He was brought up as a Goan Christian by his grandmother and moved to Bombay when he was thirteen years old. Souza was enthralled by the various traditions of the Church and its representatives. Later, he was admitted at St. Xavier’s High School preparatory to study Latin and to become a priest. However, Souza was eventually expelled from school by the principal, Father Sologran, at the age of 16 for avoiding work and also for drawing pornographic images in the school bathroom.

His relationship with his religion was strained since he disagreed with the greed and power that certain catholic representatives had. He believed that the grandeur of the church was given far more importance while certain people were treated differently in comparison to other Christians. Many of his works depict the treatment of Catholic subjects, the crucifixion, the Pope and the Church. These important works often depict Souza's loss of faith in religion. 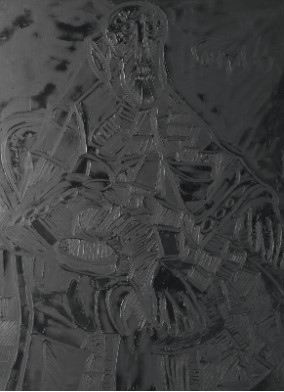 Up for auction on the 17th of November, this painting features a figure that can be identified as the Pope. In the figure we can find the mantum (robe), papal tiara , and stole, all of which are aspects of the Papal regalia. In this radical work, the papal tiara or mitre is purposely left out frame and only a glimpse (the filigree) can be seen. The figure’s body language makes him come across as grim, and difficult to approach. Souza seems to indicate the Pope is not meant to be revered and hints at the corruption in the catholic church. 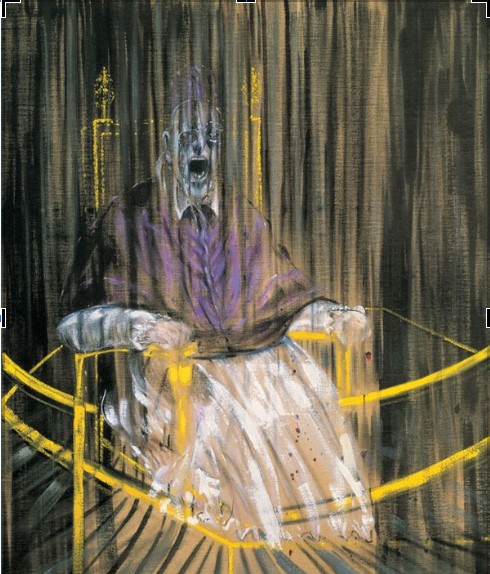 Souza and Francis Bacon were contemporaries in London. Francis Bacon’s painting “Study after Velazquez’s Portrait of Pope Innocent X 1953” also has a similar feature with the papal tiara or mitre mostly missing.